An amazing thing happened over the weekend. My two beautiful boys realised they are built-in play buddies. It’s only taken 19 months (give or take, depending on my maths. Which, on any given day could be so totally wrong, or so totally correct) and plenty of encouragement.

Don’t get me wrong… they didn’t magically play the entire day away together or anything, but they did discover life is much funner (not even going to apologise for the most blatant disregard of grammar) when you play, rather than bicker.

On Friday, the boys had been lucky enough to be taken to Taronga Zoo by their adoring Gra, Grumps and Aunty Soph. Of course everyone had a grand old day and Little Mate was gifted a set of four penguins, one of which features below: 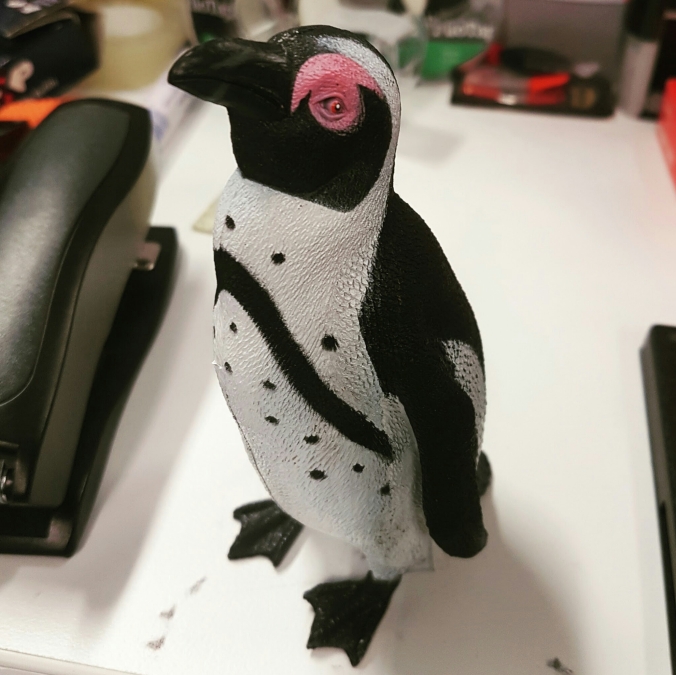 <<Side Note – Little Mate totally thought I needed company at work, and his mate was the perfect candidate. He has discreetly packed the little guy in my bag for a cute surprise when I reached the office>>
When the penguins made a play appearance on Saturday morning, Giggles Magoo entrusted Little Mate to be the guy in charge of two young penguins on an adventure, he in charge of the other two: two parent penguins on the same adventure. Obviously, he had taken a liking to the penguins as well as lets be honest, if one child gets something, the other claims as their’s too. The two of them spent the next 30 mins (yes, 30 mins!!!) role playing these 4 penguins on some random and CUTE adventure without needing any intervention from me.

The adventure included busy penguin parents sharing drop off and pick up of penguin children at day care. When all four penguins were back together for the evening, they went in the millenium falcon into hyperspace to the Illenium System (spelling??) to make sure Yoda, Buzz Lightyear and Kwazii Cat were ok. My heart beamed with love as I watched their imaginations play out.

I was so sweetly reminded of my childhood cubby house adventures with my younger by 15-month sister Dommy, probably at ages 8 (me) and 7/6 (her). The very next day, the boys were again playing together (this time big-school role playing) and I may have set up a cubby house for them to re-play my childhood games, possibly using the exact same scratchy woollen blanket Dommy and I would have used as our cubby…lucky for me and my reminiscing, the boys loved it and continued their game (and lunch) inside: 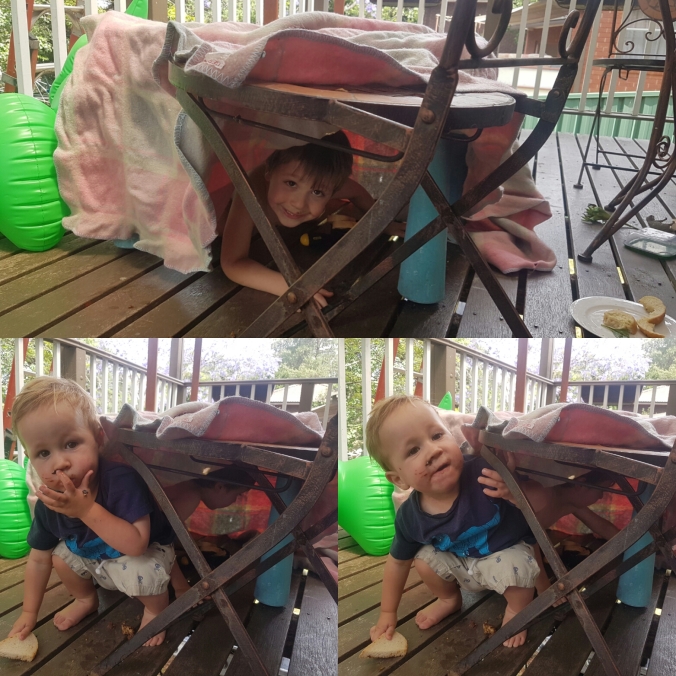 While all this play time was happening, I was revelling in not only their play but also in the kitchen. I managed to get some muesli bars, muesli and two dinners made up in preparation for the week ahead PLUS attacked (and conquered) Mount Clothes. It was a parenting highlight to see their connection grow, and to see Giggles Magoo so natural in playing the bossy leader. I was grateful to see snippets of their future memories play out – who knows, maybe one day they will remember snippets of these times and then share them with their offspring.

I was also grateful to be afforded some time to complete some much needed household tasks, without the interjection of two beautiful boys.

One of the dinners I hastily put together is perhaps my salad for the upcoming summer – a Hot Smoked Salmon Nicoise Salad. It was foodalicious, and will definitely feature again and again and again at Theverymoodyhouseld – check out the recipe below, courtesy of Donna Hay Magazine. I soft boiled the eggs – 5 minutes and they were perfect.

The other dinner I prepped was a 2kg BBQ Roasted Butterfly Lamb – using red wine, a multitude of herbs and pepper, we roasted up a good Saturday dinner, served with a delicious roast vegetable salad.

I LOVE playtime – both with me involved being the centre of the game, but then again when I don’t need to feature at all. Delicious food also seems to be a love. Night night

One thought on “Playtime”