The rain didn’t seem to stop falling from the sky at any point on sunday. If we could capture all the good wet stuff and transport it easily to other parts of the state/nation/world that need it, well obviously that would be great.

But, I suppose in the meantime, we have to focus on the other positives that the falling H2O can give us. Sunday provided one of those little chances for positivity.

After a fairly busy and social weekend for all members of Theverymoodyhousehold, 4pm on sunday afternoon rolled around and each of us were tripping over our tired feet. The boys were irritable and stuck inside due to the precipitation. I had stupidly not got any of the weekly chores done so was trying to multi-task dinners, parenting and washing.

After the one-billionth frustrated toddler meltdown and a failed attempt at building a railway line to keep Giggles Magoo entertained I had alight bulb moment…I felt the realisation soak all through my body…we can play outside in the rain! It is only water afterall. We left Grimace to his sleepy-woes and put him in charge of cooking a delicious roast chicken for dinner.

The boys and I splashed about in the rain – we gardened and raked and mulched (what else do you do in the rain?!), trampolined and when all of that was getting a bit old, we toddled up the street to find some big puddles (or to escape the reality of a sunday afternoon for just that little bit longer). On our walk up the street (or on the street if you’re a kamikazee little mate) there was an unfortunate Head-meets-footpath incident with Little Mate when an excited run to a big puddle taught him a big lesson about running in gumboots… just don’t do it. After a quick trip home with two very upset kidlets (the unbearable pain for one and the panicked “is his head broken mummy?”) it was emergency bath time – mostly to wash away the bitumen scattered across Little Mate’s face. Grimace being the superhero of the afternoon rushed into the bathroom brandishing frozen, peas to suppress the ever-growing purplish-bump on the forehead.

Giggles Magoo in the bath demanded a bowl of frozen peas, and then of course so too did Little Mate. Happily munching away on the peas, Giggles Magoo started ‘cooking’ his in the bathwater. With green peas floating everywhere, Grimace claimed all the hipsters will be eating bath peas within the month.

With a little refocus, life can really just shine. 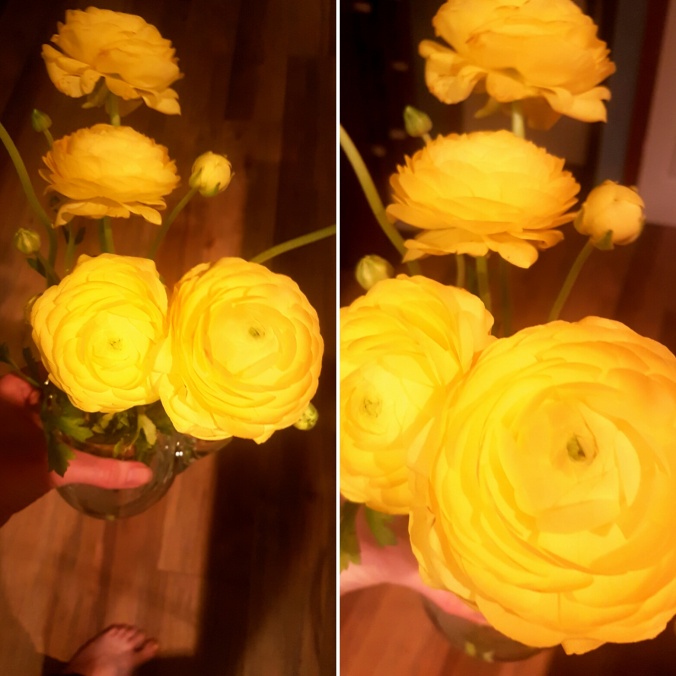