Wednesdays are our family day. Grimace works each Saturday, so it is really nice to have a mid-week break from the chaos a work day seems to create. We sometimes do something fun, or sometimes do nothing at all; but we always try to make sure whatever it is we do gives maximum family time. There is ALWAYS coffee (and plenty of it).

Today I woke with the sun, which was nice – breathing in the new day with no where to be, and no other soul moving in the house. I was feeling refreshed after a pretty stressful start to the week thanks to a 4 hour commute home on Monday. We hadn’t yet formed a plan for the day, but after a recent visit to a local lookout, and the feeling that I needed to re-engage with the outdoor world, I was feeling inspired to challenge Giggles-Magoo’s bushwalking ability.

When the inevitable chaos that two kids awake creates rained down on the house (and thus instantly reintroducing that frazzled feeling), we wolfed down some breakfast, did a few chores and then hit the road to Martin’s Lookout, to do the short bushwalk (approx. 1.2km return), down to Glenbrook Creek. Wowsers, it is a S T E E P descent/climb out; so although only a short walk distance wise, it is really challenging. Both Grimace and  I had spent a lot of our youth using this area of bush – think camping trips and other adventures, so we were both really excited about getting both the boys introduced to the walk.

It started off well, but when Giggles Magoo realised he wasn’t going to hitch a ride with mumma or daddo, he was not impressed. Similarly, Little Mate hadn’t received the memo that his morning snooze was taking place in the Phil & Ted’s carrier and he was letting all the peace and quiet know about his displeasure. It was one of those “what the hell were we thinking” moments – but it didn’t take long for Giggles Magoo to find his stride and eventually (as they always do), Little Mate fell asleep. 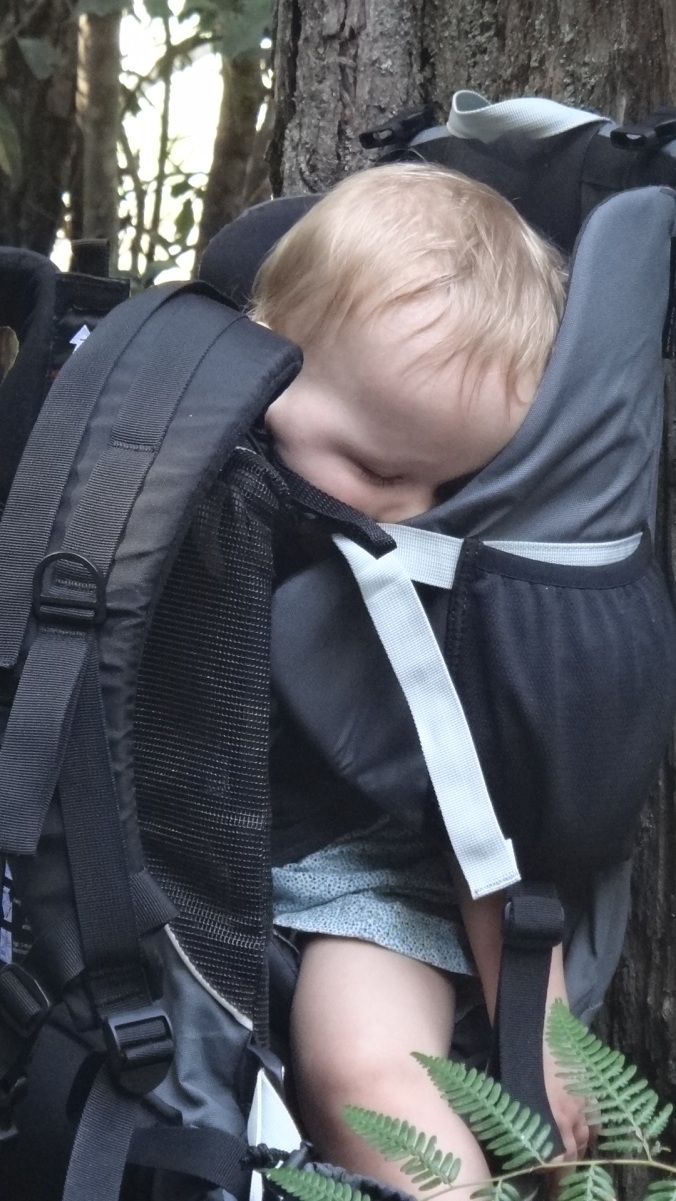 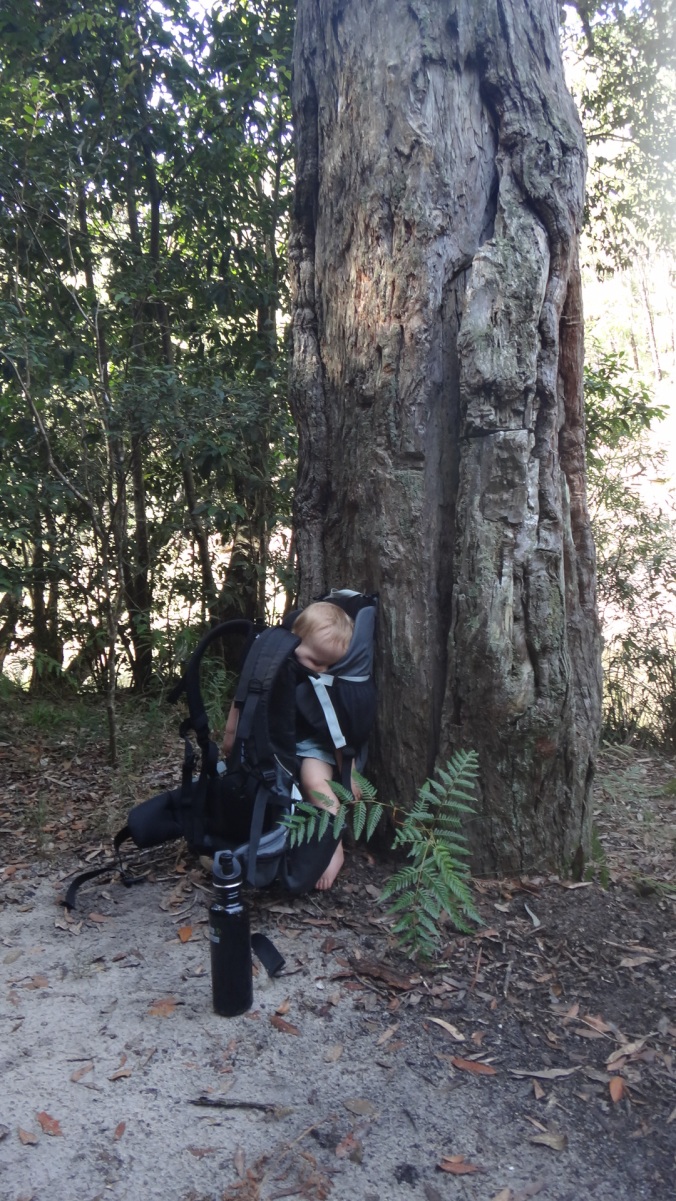 Soon enough, with thighs burning, we reached the bottom of the descent and made our way to the sandy clearing for a splash in the clear and refreshing water (did I mention on this beautiful autumn day, it reached 35 degrees!!!). Spending about an hour down at Glenbrook Creek, we feasted on random-all-we-had-in-the-cupboard picnic foods and basked in the beauty of the Lost World cliffs over head.

After Giggles Magoo learned how to take a picture (see below… it’s actually a really  nice pic), we decided to make the short, but hard walk back up.

Maybe we’d got lost in our happy place, focusing on absorbing the spirit of the outdoors rather than the time, because, oh boy, did we get the leaving time way too late. There were tired tears galore, and as any parent knows – tired tears are not what you want when you’re needing to haul arse up a gigantic mountain-side. After a few stern words to both extremely tired boys, we were on the way, me & Little Mate slightly ahead.

I was extremely surprised how easy I found it to get back to the top carrying Little Mate. While I was waiting for Grimace to carry Giggles Magoo to the top (he didn’t have to, the legend walked all the way himself…not bad for a three-nearly 4 year old), I met two guys at Martin’s Lookout who had last been to the spot 30 years ago. They too had grown up close by, but had left the Mountains to pursue their lives. It was really nice having the chat, and quite comforting to know that in the many years that have passed, Martin’s Lookout is  still just as spectacular and provides a sense of home/self. After the chat, I can’t wait to take the boys over to Lost World just so they can one day experience the same sort of reminiscing.

Before I sign off for the night; if you’re interested in doing the walk (you should; its spectacular and it seems hardly anyone uses the walk anymore), CLICK HERE for the walk guide, courtesy of the Wild Walks website.

Another excellent and memory-making Wednesday under the belt of #theverymoodyhousehold. I can go to work tomorrow feeling like I’ve done something good for my soul, and the souls of the three I love the most.

3 thoughts on “The very family-funday”